Once upon a time , I used to be in a relationship with this girl who lived close to my home in Jaipur. We’d met through a mutual friend and the initial sparks soon grew to a roaring fire. For the purposes of this post, let’s call her Hiromi, and only because it’s a cool Japanese name for girls. 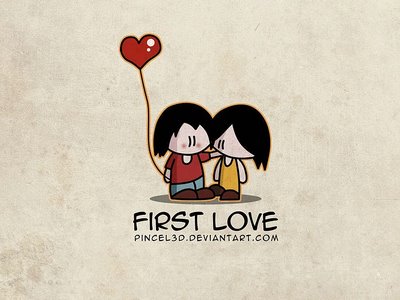 I was with Hiromi for about 3.5 years, from the ages of 19 to 22. She was my first love and we truly believed that we’d eventually get married and end up having an awesome “happily-ever-after”. The time we spent together was amazing, and the feeling I got when she would look up at me with complete & absolute adoration in her eyes is something that I cherish to this day [aside: we’ll talk about the “hell-hath-no-fury-like-a-woman-scorned” look in some other post 🙂 ].

Oh by the way, here’s a photo of the ex-girlfriend.

One day, somehow, I was given to understand that Hiromi’s mother had suddenly started feverishly believing in Hindu astrology. Like all astrology, that’s a load of shit. Yours truly was  summoned and all relevant details (date of birth, place of birth, exact time of birth) recorded. Then, some pandit who called himself a Doctor drew up a kundli (or a birth-chart) and did some sort of analysis. She didn’t actually need a pandit to do that because kundli generating webpages/software are easily available but whatever, I guess even simple lines of code seem more believable when slowly done by a pseudoscientist.

Our two kundlis didn’t match. In fact, they loudly declared that if Hiromi and I  cohabited together, her much stronger (and apparently more aggressive) planets would overshadow mine, resulting in long drawn illness or even my death.

When this little piece of analytical deduction reached Hiromi’s mother, she also loudly declared that the two of us could get married only over her dead body. After a lot of discussion, we decided that over her dead body wasn’t as viable an option as I construed it to be.

Now I come to the most important part of this post. What did I learn? Well, dear reader, if you’re looking for a sappy tear-inducing writeup on puppy love, relationships, tragedy, light-at-the-end-of-the-tunnel, etc etc etc, kindly redirect yourself to here or here or here.

My journey was different. It was as follows:

1) I started by reading up like mad on kundlis. I simply had to know as much as possible about these little geometrical shapes that could predict whether me and another person were capable of living together in peace and harmony without any bodily harm, or otherwise.

2) From kundlis I reverse-drilled up to astrology [aside: would “reverse-drilled-up” be the correct opposite to “drilled-down”?]. The more I learnt about astrology, the more I became convinced that it was just a slightly advanced version of hundreds of simple javascript games found on the net: Past Life, Love Compatibility Test, Death Calculator.

3) Astrology led me to the brilliant use of what we now know as the Forer Effect (also called Barnum Effect) and psychologist Bertram R. Forer’s work into the fallacies of personal validation.

4) Further study led me on to cognitive biases (see: list of cognitive biases, though am not sure if this list is exhaustive) and this was exceedingly useful stuff. It was empowering to know that the confidence I felt about completing a certain task was false (a cocktail case of optimism bias, overconfidence bias and positive outcome bias) and that I need to practice or study something to a much greater extent than I was currently doing. This helped bigtime for CAT and other similar MBA entrance tests.

Combining the studies of logic with my short but mighty useful experience in two startups and very recently, an internship in SABMiller, I understand that logic should not be used to win an argument or to prove a point. It is most effective when used to correct the direction taken by a group working together and to drive it forward with greater clarity and understanding.

If that was the outcome of a breakup, I feel it just might be worth it.

You could consider this the “About Me”. My name is Siddharth Deswal and I want to be able to write very well. To this end, I’ve starting blogs at various times in the past but never stuck with them due to lack of a “topic”.

This time, all I’ll write about is me: my life, my thoughts and my experiences. Let’s hope this one sticks.